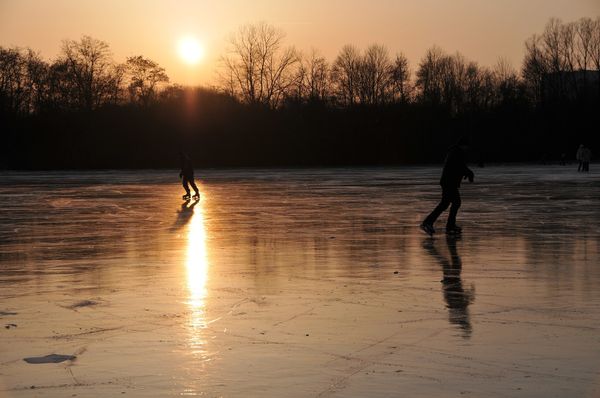 As you lace up your skates and look at the frozen surface of a pond, you might think there isn’t much happening under the ice, but pond life does not stop during winter, only slows down.

Algae continue to use the dwindling sunlight for photosynthesis, releasing oxygen and absorbing carbon dioxide. Aquatic plants like Elodea will produce oxygen during winter, but at half the rate during peak summer. Algae will even continue to grow when ice forms on the surface of a pond or dugout, but when the ice thickens and gets covered with snow, even less light enters and less oxygen is produced.

Low oxygen levels are detrimental to pond health in summer and winter.

Here are the main reasons why you should use bottom-up aeration in your pond or dugout during winter.

Before diving into winter fish kill, it is worth discussing thermal stratification; the development of relatively stable, warmer and colder layers within a body of water.

The technical word for the upper layer of water that is warmed by surface heating (the sun) is epilimnion, the lower layer of colder water is called the hypolimnion, and these upper and lower layers are separated by a layer called the thermocline, where the temperature decreases rapidly as depth increases.

Deep lakes like the Great Lakes don’t get enough heat to warm the entire water column and lack adequate physical turnover or mixing of the water for even temperature distribution.

While colder water does contain more dissolved oxygen, as previously mentioned at the start of this blog, overall oxygen levels drop in a pond as the seasons shift into fall and winter. A consistent level of oxygen is not only critical for fish (a minimum of 3 parts per million), but for aquatic plants, bacteria, and overall pond health.

Dissolved oxygen in ponds comes not only from the exchange with the air at the water's surface but from the photosynthesis of aquatic plants and algae. If a pond freezes over, the exchange of gasses between air and water is interrupted; oxygen above the ice is not able to mix into the water, and carbon dioxide from the respiration of animals becomes trapped.

If ice forms early in the winter on a pond and stays late, especially when covered by snow, oxygen levels can drop so significantly, particularly in shallow ponds, that winter fish kill can happen.

Did you know that under certain conditions, algal blooms can change the color of water and ice? One species of blue-green algae called Planktothrix, in abundant numbers, can produce a pinkish-red color during winter, which is an adaptation to low light conditions. This particular species can also produce algal toxins.

When a pond or dugout freezes over, gasses released by decomposers buildup around the bottom, including carbon dioxide, hydrogen sulfide (rotten egg smell), and ammonia.

If your pond or dugout is used as a water source for your home during winter, this has a serious impact on water quality. You will notice taste and odor problems when the poor-quality water is pumped into your home.

Even if you don’t have to deal with winter fish kill or use water from your pond or dugout in your home during winter, maintaining sufficient oxygen levels during fall and winter is important to ensure a healthy pond or dugout in the spring.

A pond that is not adequately oxygenated during the winter can become a smelly, toxic mess in the spring; the risk of algae toxin production is highest during the summer and autumn, but can also happen during winter. Algae and aquatic plant decay in winter can be very difficult to impossible to manually remove when trapped under ice, and a significant buildup of muck and sludge may require costly dredging to remove next spring.

Keeping oxygen levels consistent during winter helps keep that layer of muck and sludge from building up and gets a pond or dugout off to a good start in spring.

In conclusion, bottom-up aeration is important in winter to distribute oxygen throughout the water column in a pond or dugout to help consume excess nutrients, muck and sludge, and to keep fish and water quality healthy. 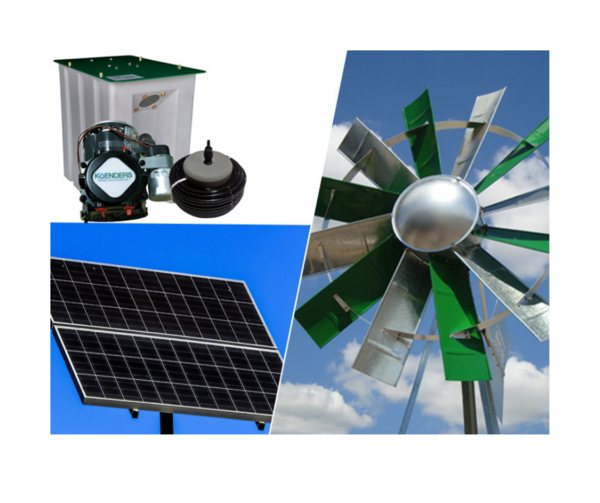